Lydia was born on 22 November 1780 at Sutton, Massachusetts.1 She was the daughter of Emerson Hall and Tabitha Fletcher. She married Joel Monroe on 28 December 1798 at Croydon, New Hampshire, USA.1 Lydia died on 10 August 1836 at Berlin Hights, Erie, Ohio, at age 55.

He married Henrietta Logan. John was born in 1769. He was the son of Mariner Rood and Mary Keeny. John died on 5 August 1855.

Jane Catherine Conkling was the daughter of NN---- Conkling.

Abraham and his second wife Laura are buried on Armenia Mountain in what is now an abandoned cemetery, located four miles from highway 14 in Canton, PA. as you travel up the lower road onto the top of the mountain. The Cemetery is just a short distance from Tracy's old homestead which still stands. At the time the cemetery was discovered, it was completely overgrown and it was necessary to clear the plot before pictures of the stone could be taken.


Abraham's family appears in the hand written 1850 census of Chenango which is now the city of Binghamton. His record is found under schedule 1, 1850 census section 2574-2638. His family appear on the last page of the census. This record incorrectly listed Abraham's son as Ralph H. age 20.

Also recorded in the Broome Co. Court House are deeds confirming about 20 years of activity in this area. This property valued at $800.00 was located in or near Vestal, NY on the north side of the road adjacent to property owned by Hazard Lewis. It was deeded over from Eli, Abraham's first son to Abraham on a life lease 9 October 1848. This deed is recorded under Lieber 32 page 394.

In checking the records in both Bradford and Tioga counties of Pennsylvania there was found numerous land transfers where the Hollis lineage were mentioned but found no trace of a will or deed indicating Abraham owned any property after leaving Binghamton.

Henry left home directly after the taking of the 1850 census and traveled to Metamora, Illinois. From there he went to LeRaysville, Pennsylvania where he met and Married Julia Bosworth.

Mary, married Albion Rouse, (some relation to her mother, whose maiden name was Rouse.)

Randolph apparently went ot LeRaysville with Henry where he died 26 May 1859.

Ashel left for parts unknown and died at sea Aug 3, 1864. Abraham died. Abraham was born at Cooperstown, Otsego, New York. He was the son of Daniel Hollis and Susanna NN----. He married Ada Goodrich on 14 February 1816 at Lanesboro, Massachusetts.1 Abraham Hollis was listed as a resident in Abraham Hollis's household in the census report in 1820.2 He married Laura Rouse circa 1827.

Daniel in 1809 was a Juror in Sherburne, Chenango County, New York.

Susanna was listed in Daniel's will and the land she acquired as Susanna Hollis was later sold to Mr. J. Lace. Her name on this transaction was Susanna Rogers.

The Sherburne Quarter Cemetery is located north of town on the road to Earlville. The Hollis records are very much in evidence on the many tumbstones in this Cemetery. There is an old cemetery cast of Sherburne in which one or more Hollis has been buried. No stones were found in the East Sherburne Cemetery. He married Abigail Goodrich. He married Susanna NN----.1 Daniel was born. Daniel died circa 1816.2 Daniel had his will probated on 27 September 1816 at Sherburne, Chenango County, New York. 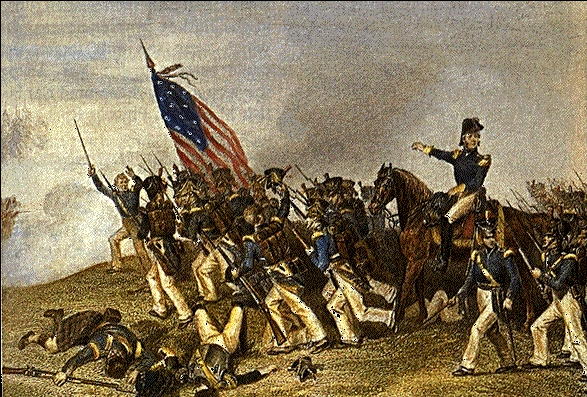 The War of 1812 is one of the forgotten wars of the United States. The war lasted for over two years, and while it ended much like it started; in stalemate; it was in fact a war that once and for all confirmed American Independence. The offensive actions of the United States failed in every attempt to capture Canada. On the other hand, the British army was successfully stopped when it attempted to capture Baltimore and New Orleans. There were a number of American naval victories in which American vessels proved themselves superior to similarly sized British vessels. These victories coming after victories in the Quasi War (an even more forgotten war) launched American naval traditions.

Catherine was born circa 1796. She was the daughter of Samuel Clarke and Rhoda Waugh. She married Luman Sweetland on 22 October 1815 at Triangle, Broome County, New York.2 Catherine died on 27 January 1879 at Barker Township, Broome, New York.3 Her body was interred in 1879 at South Street Cemetery, Barker, Broome County, NY.

Samuel was born on 2 February 1772. He was the son of NN---- Clarke. He married Rhoda Waugh. Marcus Hart was one of the first, perhaps there very first settler of the hill, and lived in a log house which stood on the south side of the road near the corners. He set out the orchard now owned by Charles Johnson. As his death approached he made a special request to be buried between two of the apple trees, which was fulfilled. Decaon William G. Shuart came to this locality in 1835 and bought forty-eight acres of Samuel Clark and Samuel jr. and forty acres from Marcus Hart, just alluded to . It is believed that Hezekiah Austin first owned the Clark property. The two Clarks mentioned went to Michigan and died there. The old house standing back of Deacon Shuart's present dwelling was built by Marcus Hart; the present house was built in 1860. The old barn back of the old house has stood for many years, and was once used by the early stage drivers for an exchange stable. For many years a four-horse daily stage passed here each way. (Daniel Saxton was a native of Smithtown, LI came in 1823 (p. 356-357)

Timothy Clark came in and lived on what was long known as the Guy E. Baker estate; he became quite prominent and was a justice of the peace. His brother David Clark, commonly known as Colonel Clark, came about the same time and built where the widow R.E. Hall lived until recently. He started the tannery lately owned by Nathaniel Hays, and also built the first tavern in the place; it stood a little west of the site of the present hotel, and has been changed into a private dwelling occupied by G.G. Saxton. Colonel Clark sold out and went to Greene, where he died. these two brothers originally owned all of the land on which the village now stands and considerable surrounding-some 700-800 acres. The place was first called "Clark Settlement;" afterward "Clark's Corners".3 Samuel Clarke Sr. Came from broome Co., NY to Oakland Co. Michigan, then to "Kearsley Twp. in Genesee co. (1840 census.)4

Rhoda was born circa 1781 at Litchfield, Connecticut.1,2 She was the daughter of Capt. Alexander Waugh and Elizabeth Throop. She married Samuel Clarke.

F, b. circa 1820
She married Silas Hayes. Mary was born circa 1820 at Barker Township, Broome, New York. She was the daughter of Luman Sweetland and Catherine Clark.

F, b. 1821
Rhoda died. She married Cyrus Burdick. Rhoda was born in 1821 at Barker Township, Broome, New York. She was the daughter of Luman Sweetland and Catherine Clark. Her body was interred on 6 December 1889 at Triangle, Broome County, New York.

Warren was born in September 1837 at New York.1 He was the son of Edward Clark and Mariah Baker.


D.J. Van Auken and Freegift Tuthill opened a store about 1850 in New Hope, N.Y., and kept it a little more than a year. Peter H. Van Schoick opened one about 1853, and kept it a little more than two years, when he removed his goods to Sempronius. He was succeeded by Warren S. Clark, a native of Sempronius, whence he came in 1858, and commenced the business he still continues.


Warren S. Clark's saw and cider-mill, a half mile below the village, contains one muley saw, a planing-mill, shingle mill, lath saw and heading turner. The works are propelled by water from Bear Swamp Creek, with a thirty feet head. Mr. Clark has this fall introduced machinery for the manufacture of butter firkins.

Emiline was born on 12 July 1838 at New York.1 She was the daughter of Edward Clark and Mariah Baker.

Betsy was born in 1841 at New York.1 She was the daughter of Edward Clark and Mariah Baker.

Lucinda was born in 1846 at New York.1 She was the daughter of Edward Clark and Mariah Baker.

Jonas Baker, son of Jonas and NN---- Baker and grandson of Thomas and Rebecca (Kelsey) Baker. He served in the war of 1812 at New London, Connecticut as a private in Capt. Solomon Sikes's Company, Col. Williams' Regiment of Connecticut Militia from June 21 to July 15, 1813 His certificate of pension for this service is number 25, 538 and was received long after the war when he was living in New Hope, New York, age 88 years old and almost blind. In 1815 this family went westward with their first baby (Wilbur), travelling in a covered wagon and settled in Sempronius, Cayuga County, New York. He was a prosperous farmer and in 1879 resided on lot 40, containing 81 acres, located a little east of New Hope (Niles), New York.

Phebe was born in 1796 at Killingly, Connecticut.1,2 She was the daughter of Abijah Smith and Lydia Warren. She married Jonas Baker circa 1814. Phebe died on 8 May 1881 at New Hope [Niles], New York.3

Rose died. Rose was born on 9 November 1795 at Barnstable, Barnstable, Massachusetts.1 She was the daughter of Morton Crocker and Elizabeth Scudder.