Katherine Pecche, elder sister and coheirs, became coheir to the Barony on her brother's death; and when her sister Elizabeth died became, Baroness Pecche. The Barony again fell into abeyance between her two daughters and coheirs.

"Courthope compiled an elaborate table of the descent of the representation (Coll. Arms MS. WC 12). By her 1st husband Katherine had a daughter Merabel, through who the coheirship descended to the family of Lucas. By her 2nd husband Katherine had a daughter Margaret, who married John Hinckley; of their two daughters the younger, Cicely, wife of Henry Caldebek, had two daughters, by whose marriages the coheirship passed to the families of Bladwell (or Blodwell) and Turner. The whole pedigree can be authenticated for upwards of 200 years from the inquisition and wills (P.C.C.) of the families named, together with certain fines indicated in Davy's Suffolk Collections (B.M. Add. Ms. 18152, under Great Thurlow), and the following Chancery suits: James I, T. 14/23, B.33/3, S. 39/8 ( Cal. Patent Rolls, Henry IV, 1:193)."

Katherine was born circa 1339. She was the daughter of Lord Gilbert Pecche and Sibyl Istly. She married Sir John Aspall before 1377.1 She married Thomas Notebeme circa 1377.2,3 Katherine died circa 1406.

Child of Adelaide and Lambert of Boulogne Count of Lens

No proof as to Judith's father....

Child of Judith of Lens and (?) Waltheof II

Child of (?) Waltheof II and Judith of Lens

M
was born.1 He was the son of Eystein Ivarsson and Aseda Rognvaldsson.

Child of Halfdan "The Old" 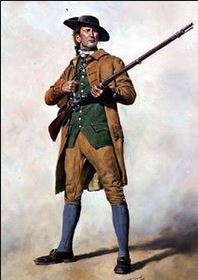 Jonathan Sweetland was probably the first settler on the farm where William Purdy lives. Jonah was born on 27 July 1746 at Hebron, Connecticut.2,3 He was the son of Jonathan Swetland and Hepsiba Pomeroy. He married Mary Harris on 20 October 1774 at Lebanon or New London, Connecticut.4,5 Jonah was a Revolutionary War solider, serving in the company cammanded by Captain Elias Bliss, of Lebanon, CT.

Mary was born in 1750 at Saybrook, Connecticut.2 She was the daughter of Asa Harris and Anna Ely. Mary Harris was baptized on 20 May 1750 at Saybrook.1,3 She married Jonah Swetland on 20 October 1774 at Lebanon or New London, Connecticut.4,5 Mary died in 1819 at Barker Township, Broome, New York.6

Asa was born on 27 November 1709 at Preston, Connecticut.1,2 He was the son of Asa Harris and Elizabeth Rogers. Asa, removed with family to Saybrook, after the death of his father, where he married first NN----. His name appears as a customer on the "Old Ledger" of his cousin James Harris, the Saybrook merchant, from 1729 to 1743, when that ledger ends. In 1753, "Asa Harris of Saybrook" deeds to Richard Chapel his interest in 12 acres of land near N. London, which he owned in "common and undivided," as the estate of his father, with his brother Ephraim and " the children of our deceased sister, Ann Beebe and Mercy Waterhouse."3 Asa Harris married Anna Ely circa 1736. Asa died on 24 January 1762 at Nova Scotia at age 52.3,4

F, b. 4 August 1779
Roxy was born on 4 August 1779 at Lebanon or New London, Connecticut.1 She was the daughter of Jonah Swetland and Mary Harris.

Joseph was born on 5 January 1683 at Salem, Essex County, Massachusetts.1 He was the son of William Swetland and Agnes NN----. He married Mercy (Martha?) Babcock on 13 February 1704.2 Joseph must have been a man who was "well to do", as they said in those days, as we find in the rate bill of the North Parish Church of Lebanon, CT (now Columbia, he was assesed for the year 1741, to pay the salary or Rev. Eleazer Wheelock (later, the founder of Dartmouth College) 2 pounds, 12s, 02d. In the Connecticut Colony Records, May 10 1773, we find that Joseph Swetland was a Representative or Deputy for the Town of Hebron in the Assembly; also that he was established and confirmed as Lieutenant of the North Company in 1730, and that in October, 1736, " This Assembly do establish and confirm Mr. Joseph Swetland of Hebron to be Captain of the North Company or Train Band in the Town of Hebron and order that he be commissioned accordingly.3 Joseph Swetland died on 6 September 1749 at Hebron, Tolland, Connecticut, at age 66.4

Children of John Swetland Jr. and Abi Demming or Damon