F
Lois was born.1 She was the daughter of Thomas Goodrich.

M
Aaron was born.1 He was the son of Thomas Goodrich.

F
Ama was born.1 She was the daughter of Thomas Goodrich.

M
Edward was born.1 He was the son of Thomas Goodrich.

M
Sheldown was born.1 He was the son of Thomas Goodrich.

The Will of Thomas Hale reads as follows:

In the Name of God Amen. The fourteenth day of June Anno Domini 1750 and in the Twenty-forth year of the Reign of our Sovereign Lord George the Second King of Great Britain, France and Ireland . I Thomas Hale of Glassenbury in the County of Hartford and Colony of Connecticut in New England Being Sick and Weak in body, but of Perfect mind and memory, Praised be almighty God. Therefore do make and ordain This my present will and Testament Containing Therein my Last will in manner and form following that Is to say first I Commend my Self and all my whole Estate to the mercy and Protection of God being fully Persuaded by his Holy Spirit to obtain full pardon and Remission of all my Sins and to Inherit everlasting Life. Amen. And I will and ordain that all Such debts as I shall Happen to owe at my decease shall be well paid by my Executor Herein after Named: and that the funeral of my body be only such as shall beseme a Christain after the Discretion of my Executor-and my debts which I then Shall owe being Dfalked and my funeral charges Deducted I will that the Residue of all my Goods, Chattles and Lands and whole Estate be Distributed and Disposed as followeth, That is to say:


I give Grand, Devise and Bequeath unto Moses Hale my Eldest son and his heirs and assigns forever all That my Lott of Land with the buildings thereon where I Now Dwell-Buting west upon the Great River East upon Common Land South upon Timothy Hale North upon Land belonging to the heirs of Jonathan Miller Deceased and all so that my Lot lying on the Backside of John Houses Land: butting East upon Land Blonging to Joseph House John House South & upon Land of Richard Risley and Joseph Smith west and north upon The High way. Reserving the yoose of one Third part of the Housing and Land Given to my said son Moses Hale To and for my wife so long as she Remains my widow and no longer I Give to my sd son Moses Hale all my part of that Lott of Land That was Granted to the Heirs of my father Hale deceased at the Lore [lower] end of the Town of Glassenbury.


I Give to my Daughter Susanah Goodrich Thirty pound to be paid to Her oute of my moveable Estate at Inventory price In addition to what I Have formerly Given to Her.


I Give to my Daughters Marcy Hale, Mabel Hale and Noamy Hale The whole of my moveable Estate after my sd wife Hath Recid Her Third parte of it: & the above Thirty pound be paid to my said Daughter Susanah Goodrich.


and I do all so Hereby oblige my above sd son Moses Hale To pay one Hundred & fifty pound money old tenor To my Three youngist Daughters. Namely Marcy Hale, Mabel Hale and Naomy Hale That is to say fifty pounds to Each of my sd Daughters, within Two years after my Decese.


And I do Hereby oblige Revoke and make void and Nule all other wills and Testaments by me formerly made and Do Constitute make and appointe my abovesd Eldest Sone Moses Hale Sole Executor of this my will and Testament In witness whereof I the abovesd Thomas Hale Have Hereunto Sett my Hand and Seale the aforsaid fourtenty Day of June 1750 Signed Sealed Published Pronounced.

Susannah was born on 5 October 1699 at Hartford, Connecticut.1 She was the daughter of Nathaniel Smith and Esther Dickinson. She married Thomas Hale on 11 January 1721/22 at Glastonbury, Connecticut.1 Susannah died after 1764 at Lanesboro, Massachusetts.1 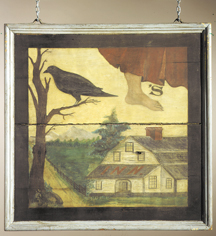 "Thomas Hale was one of those who petitioned, May 1682, for liberty to erect a plantation in the Wabaquassit country. Capt. Samuel Welles and Mr. Thomas Hale of Glastonbury were licensed to keep taverns, 12 Apr. 1720, by the Hartford County Court.


The will of John Kilbourn, of Weathersfield, yeoman, dated 24 Sept. 1688, proved 4 May 1703, gave to son John Kilbourn, besides what he had received, land on the east side of the Great River, purchased from the Indians; to son Thomas Kilbourn, remainder of land a Naubuck and 6lbs; to daughter Naomi Hale, besides what she had received, "my silver beaker and one pair of sheets"; wife Sarah Kilbourn half my housing and homelot on the Broad Street; to son Ebenezer Kilbourn the other half of the home lot and his mother's half at her death; to daughter Sarah Crane, 15lbs besides what she had received; to son George Kilbourn, house and homelot on Bell Lande and a silver spoon marked "G.M.G.K."; to daughter Mary Kilbourn, 38lbs, George to pay 10lbs of it; to son Joseph Kilbourn, various lands; to son Abraham Kilbourn, lands; residue to wife, she and Ebenezer Kilbourn to be executors. Witnesses: Samuel Boreman, Samuel Butler.
. He was a yeoman. John was born before 29 September 1624 (chr at Wood Ditton, county Cambridge, England. He was christened on 29 September 1624 at Wood Ditton, county Cambridge, England.1 He was the son of Thomas Kilbourn and Frances Moody. John immigrated to New England on 15 April 1635.2 He married Naomi NN---- in 1650 at Wethersfield, Connecticut.3,4,5 He married Sarah Bronson circa 1662 at Wethersfield, Connecticut.6,5 John died on 9 April 1703 at Wethersfield, Connecticut.7

F, d. before 1735
Ruth was born at Wethersfield, Connecticut.1 She was the daughter of Thomas Hale and Naomi Kilbourn. Ruth died before 1735.1