Mariner made a will 20 Sept. 1774, in great weakness. Oldest son Mariner £20 4a in Canaan. To son elijah: 12sh. To son Roger and David: all my home farm cont. 130a equally and 45a in Sheffield. To two daughters Mary Finn (?) and Lydia Newel: £25 each. To wife Mary; use of estate while my widow, thirds if she marries and rest to sons, Roger and David, they to pay legacies in stock or grain within 2 years after my death. Wife sole exec. /s/ mariner Rootd. Wit: Samll Forbes, Man-- Griswold, John Watson. Inventory not totalled. Mariner was born on 12 August 1712.1 He was the son of Samuel Rood and Mary Mariner. He married Mary Cornish on 18 July 1744 at Simsbury, Connecticut.2 Mariner died in 1777.1

Mary was born circa 1721. She was the daughter of James Cornish and Hannah Hilliard. She married Mariner Rood on 18 July 1744 at Simsbury, Connecticut.1 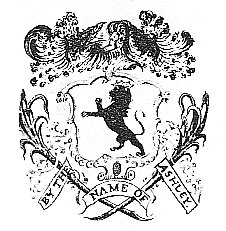 The parentage and early life of Joseph and Abraham Ashley, the first of this line of Ashleys to settle in the Old Colony has never been proven. Some descendants belive that they came directly from England but no passenger list has been found to support this statement. Others believe they came to New England from the South.


A widely accepted theory is that they were among the Ashleys of southern Maine who were driven out of that place during King Philip's War in 1675/6.


Thomas Ashley was an early settler of the Kennebec at a place called Merrymeeting Bay about a dozen miles upstream from the Sagadahoc Settlement where, in 1607, 100 colonists landed at the mouth of the Kennebec and established a plantation at Popham Beach. They built a small ship, the pinnace Virginia and the next year sailed it back to England. The colony was abandoned after one winter.


By 1625 treaties were being made with the Indians for lands on Merrymeeting Bay where four major rivers and several smaller streams all join in a "merrymeeting". Some say it was originally Maremiten, i.e., Inland Sea, and that the name was corrupted to Merrymeeting.


"Thomas Ashley sometime of Sagudohock or New Ton in ye county of Cornwall" (book of Eastern Claims) was an early settler and owned extensive property around the bay. He was well established by May 23, 1654 when the first court was held at his house. (Ply. Col. Recs.) He sold out on February 5, 1677 but perhaps left before that date as the deed says "my late dwelling house." King Philip's war would have driven him out a year or two earlier. A Thomas Ashley (perhaps the same) was admitted an inhabitant of Boston, May 31, 1658. A Thomas Ashley first appears on the Boston tax list in 1685.


Thomas Ashley of New Ton in Cornwall and Merrymeeting Bay on the Kennebec, Maine had a son Thomas who, in turn, had a son Thomas who went to North Carolina. The third Thomas had sisters Mary Spikes of Boston and Anna Mansfield of Marblehead. (Book of Eastern Claims)


There were many Ashley families in Boston in the late 1600s and Joseph and Abraham could have been from that place. Rebecca, sister to Joseph and Abraham, married second "John Whitefield formerly of the Royal Dragoons of Queen Anne of which Lord Rolfe, Earl of Strafford, was Colonel." (Plymouth Deeds)


A John Ashley signed the petition along with Joseph and Abraham for the establishing of the Third Parish in Rochester in 1747. There was a John Ashley who had a tavern in Boston between 1733 and 1749.


Joseph Ashley of Rochester married Elizabeth Percival and they are ancestors of every Ashley in this genealogy. Her mother's father was Edward Rainsford who came over with Winthrop in 1630.


Abraham Ashley, brother of Joseph above, married Susanna White, a great-grandughter of Willaim White who came over on the Mayflower in 1620. There daughter Mercy married her cousin William, son of Joseph and Elizabeth above, and thus their son Deacon Abraham and all of his descendants are descendants of both of the first generation Ashleys.


The town of Rochester, MA received its name from the ancient city of Rochester in Kent, England, whence many of the first settlers came. It is recorded in history that the oysters found on those shores were celebrated by the Romans for their excellence and the pioneers, finding an abundance of delicious shellfish here, in memory of their former home, very appropriately gave to this tract of land the name of Rochester.


At the time the first Ashleys arrived in town, Rochester encompassed about three times the area that it does today and included all of the present towns of Marion, Mattapoisett, most of the present Wareham and a part of Fairhaven. Gradually as these towns were set off, Rochester lost all of its waterfront and two thirds of its territory, not to mention its corresponding population.


The Ashleys and related families appear to have always lived in the northwest corner of Rochester in the area called the Third or North Rochester Parish which included a portion of Middleboro and a portion of East Freetown.


Much of the history of the North Parish is to be found in the various histories of Middleboro. The town line between Rochester and Freetown is also the line between Bristol and Plymouth Counties. Our early records therefore are spread over three towns and two counties.


The great beauty of the area seems to always impress even the most casual visitor to the "great ponds" of the three towns. No railroad and no super highway has ever defiled the area and we hope, never will. Since most of the ponds are now water supplies and new building along the shores is prohibited we can probably be assured that it will remain much as it was in our ancestors time.


October 24, 1744 a petition to establish a North Rochester Parish is filed with Governor Shirley of "his Majesties province of the Massachusetts Bay." Among the signers are Joseph, Abraham, Thomas, Jethro, William, Joseph Jr. and John Ashley. We can account for all of these names except John, who appears in this petition and nowhere else. Did he die soon after? Was he another brother of the first generation or more exciting still, was he the father of Joseph and Abraham?

She was the daughter of James Percival and Mary Rainsford. She married Joseph Ashley on 25 August 1704 at Falmouth, Massachusetts.4

Enoch was born on 25 November 1750 at Rochester, Massachusetts.1 He was the son of Thomas Ashley and Mary Gifford.

Eunice was born circa 1753 at Rochester, Massachusetts.1 She was the daughter of Thomas Ashley and Mary Gifford.

Elisha was born in October 1756 at Rochester, Massachusetts. He was the son of Thomas Ashley and Mary Gifford. Elisha died on 30 May 1835 at Milton, Vermont, at age 78.1

Thomas died.1 Thomas was born on 27 September 1701 at Wethersfield, Connecticut.2,3 He was the son of Ephram Goodrich and Sarah Treat. He married Hannah Reynolds on 26 November 1719.

Hannah was born on 18 August 1695 at Wethersfield, Connecticut.1,2 She was the daughter of John Reynolds and Hannah Dix. She married Thomas Goodrich on 26 November 1719.

M
Norman Waugh was the son of Capt. Alexander Waugh and Elizabeth Throop.

M
Freeman Waugh was the son of Capt. Alexander Waugh and Elizabeth Throop.

F
Irene Waugh was the daughter of Capt. Alexander Waugh and Elizabeth Throop.

F
Elizabeth Waugh was the daughter of Capt. Alexander Waugh and Elizabeth Throop.

"John Waugh, born in 1687 in the North of England near the Scottish border, was one of the first settlers in the section of Litchfield called South farms, now Morris, Connecticut. He landed in Boston, Massachusetts in 1718, lived a short time in Maine, then in New Hampshire until 1745, when he purchased 50 acres of land south of the Great Pond, now Bantam Lake. He built this house on his home lot and cleared the land for farming with his four sons, Robert, Joseph, Thomas, and Alexander. They had to keep constant watch for hostile Indians as the nearest stockade for protection was two and a half miles away in Morris. In 1748 he purchased 100 acres and in 1751 he purchased another 100 acres, owning all the land from his house to Bantam Lake.
. He married Margaret NN----.1 John was born in 1687 at England [northern].2 He was the son of NN---- Waugh. John died on 3 August 1781 at in South Farms Morris, Litchfield, Connecticut.3,4

She married John Waugh.1 Margaret was born in 1699. Margaret died on 15 February 1773 at in South Farms Morris, Litchfield, Connecticut.2

He married Elizabeth Robbins.1,2 Eleazer was born on 19 April 1704 at Chelmsford, Middlesex, Massachusetts.3 He was the son of Samuel Fletcher. Eleazer died in 1768 at Sutton, Massachusetts.3

He was a farmer. He married Rebecca Parker.1 Benjamin was born in 1715 at Hassanamisco, Massachusetts.1 He was the son of Capt. James Leland and Hannah Learned. Benjamin died in 1790 at Grafton, Massachusetts.

Jethro was born on 11 January 1706/7 at Rochester, Massachusetts.1 He was the son of Joseph Ashley and Elizabeth Percival.

He married Elizabeth Macomber. William was born on 12 December 1709 at Rochester, Massachusetts.1 He was the son of Joseph Ashley and Elizabeth Percival. William died circa 1783.1

Elizabeth was born on 4 January 1710/11 at Rochester, Massachusetts.1 She was the daughter of Joseph Ashley and Elizabeth Percival.

Abraham was born in 1715 at Rochester, Massachusetts.1 He was the son of Joseph Ashley and Elizabeth Percival. Abraham died circa 1783.1

Joseph was born circa 1723 at Rochester, Massachusetts.1 He was the son of Joseph Ashley and Elizabeth Percival. Joseph died circa 1779.2

F
Mary was born.1 She married Joseph Ashley in 1728 at Rochester, Massachusetts.1