F
Mary died. Mary was born at Croft, county Leicestershire, England. She was the daughter of Richard Clements and Elizabeth NN----.

M
Richard died. Richard was born at Croft, county Leicestershire, England. He was the son of Richard Clements and Elizabeth NN----.

F
Jane died. Jane was born at Croft, county Leicestershire, England. She was the daughter of Robert Clements and Alice NN----.

F
Isabel was born at Croft, county Leicestershire, England. She was the daughter of Robert Clements and Alice NN----. Isabel died.

M
John died. John was born at Croft, county Leicestershire, England. He was the son of Robert Clements and Alice NN----. 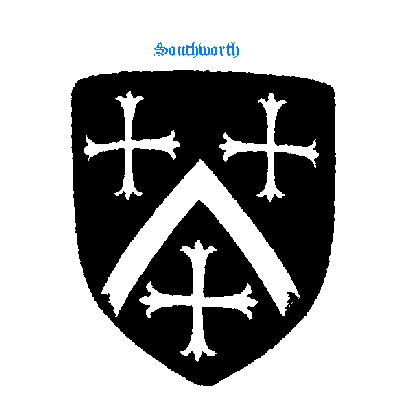 Will, 18th November 1669. To daughter Elizabeth Howland, housing and lands in Plymouth; to her husband, his rapier and belt. To Thomas Faunce, DEborah Morton, and William Churchill.. To his brother Constant Southworth, whom he charges "for the support of my wife in her poor condition." Witnesses, John Morton, George Bonum. Inventory by George Watson, John Morton, and Ephriam Morton. Exhibited at court, 1 March 1669, on oath of Joseph Howland. Thomas was born in 1617 at Leyden, Holland.6 He was the son of Edward Southworth and Alice Carpenter. He migrated from Plymouth to in 1628. He married Elizabeth Raynor on 1 September 1641 at Plymouth, Plymouth, Massachusetts.7,5 Thomas [Captain] Southworth left a will on 18 November 1669; Captain Thomas Southworth, Last Will & Testament

The Last Will and Testament of Captaine Thomas Southworth deceased exhibited to the Court of his Matie held att Plymouth the first day of March Anno: domine one Thousand six hundred sixty and nine; on the oathes of Gorge Bonum and Iohn Morton;
This eighteenth day of Nouember Anno: domine: one Thousand six hundred sixty and nine;
The Last Will and Testament of Captaine Thomas Southworth Memorandum;
I giue vnto my daughter Elizabeth howland all my housing and Lands both vpland and meddow within the Township of Plymouth to her and her heires Lawfully begotten vpon her owne body; To them and theire heires for euer; Item I giue all my other Lands out of the Township of Plymouth vnto my said daughter Elizabeth and vnto her husband Ioseph howland; Towards the payment of my debts; to be done with the advise of the Supervisors of this my last will and Testament
Item I giue my Rapier and belt to my sonne in Law Ioseph howland I giue Thomas Faunce forty shillings to be payed in sheep or neate Cattle
I giue vnto deborah Morton the sume of forty shillings to be payed in sheep or neate Cattle
Item I giue vnto William Churchill a sheep to be deliuered to him the next Springe following the date heerof That lott and halfe of Land which is att the Eelriuer which was exchanged by mr William Bradford deceased: with Iohn Faunce for a Lott att Ionses Riuer I doe yeild vp all my Interest in the said Lott of Land & halfe To Thomas Faunce and his heires for euer
The Rest of my estate I leaue in the hands of my son Ioseph howland and my daughter his wife & my brother Constant Southworth To be disposed of as they shall see Reason: for the supply of my wife in her poor Condition
Thomas Southworth
and a seale
Witnes
Iohn Morton
Gorge Bonum;
Plymouth Colony Wills, vol. III, p. 1. 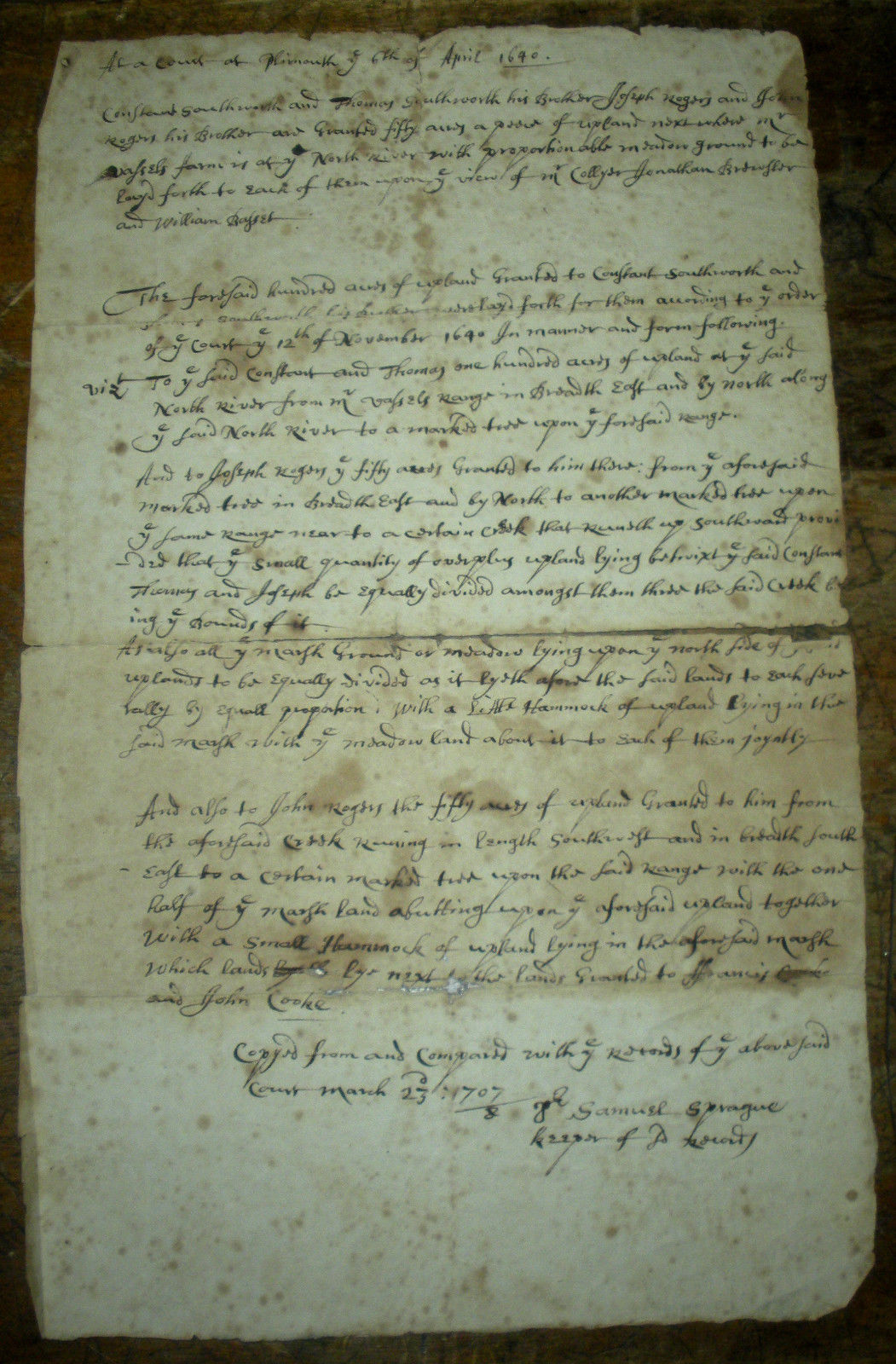 Constant was born at Leyden, Holland. He was the son of Edward Southworth and Alice Carpenter. Constant died at Duxbury, Plymouth, Massachusetts.

Sir. John De Southworth, Knight, Lord of Salesbury, Sheriff of Lancaster, Knighted 1503/4. He married Helen de Langton.1,2 John was born in 1478.1,2 He was the son of Sir Christopher de Southworth Knight and Isabel Dutton. John died between 1517 and 1518.1