M, d. 18 May 1464
Philip (Sir) Wentworth was the son of Sir Roger Wentworth and Margery Despenser. He was a Knight.
Sir Philip of Nettlested, England. Was beheaded after the battle of Hexham.
He married Mary Clifford. Philip died on 18 May 1464.1

F
She married Philip (Sir) Wentworth. Mary was born.1 She was the daughter of Lord John Clifford.

M, b. 1693
John was born in 1693 at Middletown, Connecticut.1 He was the son of Capt. Joseph Rockwell and Elizabeth Foster.

M
Sir was born.1 He was the son of Eudo La Zouche and Milicent de Cantelou. He married Maud Lovel circa 1295.2

F
Maud was born.1 She was the daughter of Lord John Lovel. She married Sir William La Zouche circa 1295.1

Lord Deincourt of Blankney, co. Lincoln.
She was the daughter of Sir William La Zouche and Maud Lovel. She married Sir William Deincourt circa 1326.1

Lord of Nettlestead, Suffolk.
She was the daughter of Sir William Deincourt and Milicent La Zouche. She married Sir Robert De Tibetot.1

F, b. circa 1371, d. circa 1424
Sir Philip Knight circa 1385 of Goxhill, Camoys Manor.
She married Sir Philip Le Despenser.1 Elizabeth was born circa 1371.1 She was the daughter of Sir Robert De Tibetot and Margaret Deincourt. Elizabeth died circa 1424.1 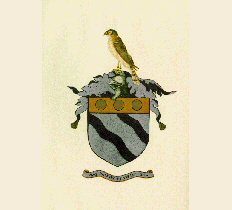 In 1617, his father, Richard Clements, died and on the 20th of October in that year, Robert Clements, then aged twenty-three years, was granted administration of his estate. (Act Book, Prerogative Court of Canterbury, 1615-1618, Fol:133.) Unfortunately the papers relating to Richard Clements's estate are lost, only the record of the Commission to the administrator being preserved. In this same year, 1617, Robert Clements paid £60 for land in Huncote, where he lived for a number of years. Huncote is in the parish of Narborough, Leicestershire, and near Croft, Leire, Sutton, and Broughton Astley. At all of these places he had relatives living.
He married Lydia NN---- before 1615 at Ansley, County Warwickshire, England.3,4 Robert Clements was present at John Clement's christening on 22 October 1620 at Narborough, county Leicester, England.1,5 Robert Clements was Bench & Bar between 1647 and 1654 at Associate Judge 1648-1655 ~ Deputy to General Court 1647-1654, Haverhill, Norfolk, Massachusetts. He married Judith NN---- before 1657 at Haverhill, Massachusetts.3,4 Robert died on 29 September 1658 at Haverhill, Massachusetts.1,2

F
Isabel was born.1 She married William De Lovel before 1190.1

F
Katherine was born.1 She was the daughter of Alan Basset and Aline NN----. She married John Lovel circa 1216.1