Nanthaniel Brown was born on 22 April 1688 at Reading, MA.1 He was the son of John Brown and Sarah Barsham.1 Nanthaniel Brown Removed to Killingly, Windham C. Capt. Brown settled in the northern part of the township then known as Thompson Parish and as Thompson Township.

He was an influential man in his day, and one of the most prominent citizens of Thompson Parish. He was chosen Captain of the 3rd Company or train band, of Killingly, in 1732, and in the same year was a member of the first school committee of Thompson Parish. in 1711. He married Deborah Bryant circa 1713 at dau of Simon Bryant. Nanthaniel Brown died on 14 August 1746 at bur. West Thompson Cem., Killingly, Windham, CT, at age 58.

F
Bethiah Brown is the daughter of Nanthaniel Brown and Deborah Bryant.1

F
Sara Brown is the daughter of Nanthaniel Brown and Deborah Bryant.1

M, b. bap 27 Jan 1717, d. 4 March 1784
Briant (Brynt) Brown was baptized bap 27 Jan 1717 at Killingly, Windham, CT. He was the son of Nanthaniel Brown and Deborah Bryant.1 Briant (Brynt) Brown married Hephzibah Chandler in 1739. Briant (Brynt) Brown Briant seems from the records to have been a citizen of some considerable standing and prominence in the community. In 1764 he wa Representative to the General Assembly at Hartford. In 1757 he wa appointed Chairman of the Committee of Three "to join Pomfret gentlemen in reparing the bridge call Danielsons,"and in 1774 he wa a member of the Killingly Committee to send relief t the citzens of Boston during its blockade by the British. He left a will on 19 February 1784. He died on 4 March 1784 at Thompson, Windham, CT.

F, b. 3 May 1730
Mehitable Brown was born on 3 May 1730 at Killingly, Windham, CT.1 She was the daughter of Nanthaniel Brown and Deborah Bryant.1 Mehitable Brown married Joseph Pudney on 5 June 1747. 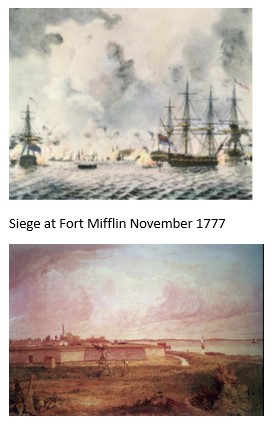 Capt. Stephen Brown Society of the Cincinnati was born on 17 May 1748.

He was the son of Capt. Stephen Brown and Mary Lyon. Capt. Stephen Brown Society of the Cincinnati began military service on 1 May 1775 at CT 1st Lieutenant 3d Connecticut, 1st May to 7th December, 1775; Captain 20th Continental Infantry, 1st January to 31st

He ended military service on 1 January 1777 at Fort Mifllin; The Siege of Fort Mifflin or Siege of Mud Island Fort from September 26 to November 16, 1777 saw British land batteries commanded by Captain John Montresor and a British naval squadron under Vice Admiral Lord Richard Howe attempt to capture an American fort in the Delaware River commanded by Lieutenant Colonel Samuel Smith.


During this Siege many Americans were wounded and lost their lives, including that of Capt. Stephen Brown on 16 November 1777.

As the British marched triumphantly into Philadelphia during the last days of September in 1777, a strategic dilemma faced General William Howe, commander of the army. Surrounded by rebel forces from the north, east and west, his troops were in desperate need of supplies—gunpowder, clothing, food, and munitions. Without these items the capture of Philadelphia might become meaningless and the British would be unable to pursue and destroy Washington’s Army before winter.
South of Philadelphia in the Delaware Bay sat a fleet British ships carrying the army’s much needed supplies. General Howe gave orders to sail the fleet up the river to provide new provisions to his occupying troops.
The Americans had secured a British built fortification, sitting on Mud Island, just below the city and across the river from New Jersey’s Fort Mercer in 1775. By the fall of 1777 approximately 200 men were garrisoned at this fort, now known as Fort Mifflin, charged with the duty of holding the British off “to the last extremity” so that Washington and his exhausted army could successfully move into winter quarters.

It was here, on the frozen, marshy ground within the walls of a stone and wood fort, the American Revolution produced a shining moment. Cold, ill and starving, the young garrison of (now) 400 men at Fort Mifflin refused to give up. The valiant efforts of the men at Fort Mifflin held the mighty British Navy at bay providing Washington and his troops time to arrive safely at Valley Forge where they shaped a strong and confident army. This battle escalated into the greatest bombardment of the American Revolution and one that many say changed the course of American history.

For nearly six weeks in the fall of 1777, American troops in Fort Mifflin and Fort Mercer frustrated British naval attempts to re-supply their occupying forces in Philadelphia. Early in the morning on November 10, 1777, the British took definitive action to reach Philadelphia via the Delaware. Daybreak brought a rain of cannon fire upon Fort Mifflin beginning the largest bombardment of the Revolutionary War.

Under the direction of French Major Francois de Fleury, an engineer and tireless worker, the Americans worked each night to repair the damage of the day.

On November 15th, finally clear after days of rain and high tides, the British sailed the Vigilant and the Fury, with nineteen cannon up the back channel to the west of Fort Mifflin. In the main channel of the Delaware three ships armed with 158 cannon anchored directly offshore of the fort, while to the east three additional ships armed with 51 cannon completed the naval assault.

Against this show of force, Fort Mifflin could respond with only ten cannon. It was reported that during one hour, 1000 cannon balls were fired at the fort. As the battle progressed, British Marines climbed to the crow’s nest of the Vigilant and threw hand grenades at the soldiers in the fort.
Exhausted, cold and out of ammunition, Major Simeon Thayer evacuated Fort Mifflin’s garrison to Fort Mercer with muffled oars after nightfall on November 15. Forty men remained at the fort and set fire to what was left before making their way across the Delaware to join their comrades. They crossed to New Jersey around midnight leaving Fort Mifflin ablaze, but the flag still flying. 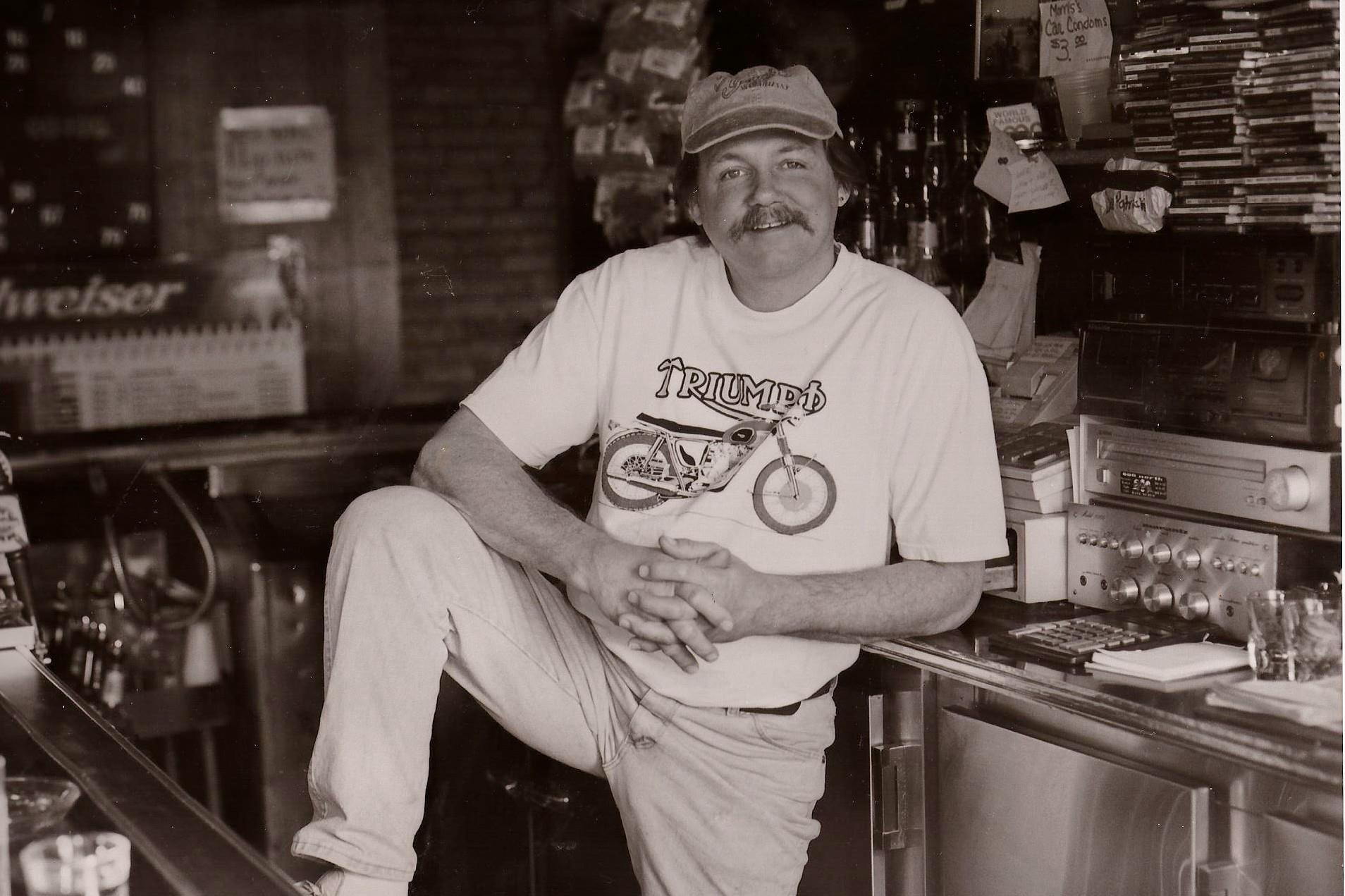 Darryl "Burt" Lipe married Mary Jayne Ashley, daughter of Tracy Hollis Ashley Jr. and Mary Elizabeth Johns. Darryl "Burt" Lipe died on 10 October 2008 at Skaneatles, NY; October 10, 2008 Darryl "Burt" Lipe, died suddenly October 10, 2008. He is survived by his wife, Mary Jayne Lipe; sons, Shane Lipe, James (Mackenzie) Goss and Christopher Goss; his sisters, Darcy (Greg) Sisto and Tracy (Michael) Santari-ello; his brother, Clifford Lipe; in addition to many nieces and nephews. He was predeceased by his parents, Gordon "Tippy" and Phyllis "Pinky" Lipe, and his brother, Kevin Lipe. Burt was renowned for his love of racing motorcycles and sports car events. A talented mechanic, a skill inherited from his father, Gordon "Tippy" Lipe, he was often seen at the wheel of his favorite burgundy Cobra, a classic car he built himself in his garage. An active member of the Sports Car Club of America, American Motorcycle Association and WERA, Burt always kept his door open and would help with any problem anyone might have with their car or even if they needed someone to talk to. Burt was also well known as the proprietor of World Famous Morris' Grill for over 25 years. He always welcomed patrons and made everyone feel as if they had found a friend. His generosity was well known, and he was a diligent fund-raiser for SAVES, the local police department, the Skaneateles Food Pantry and the Sons of the American Legion. He continually donated to the Skaneateles Chamber of Commerce, any Skaneateles school fund-raisers and all organizations that asked for his help. A devoted husband, father, brother, uncle and friend, he lived in Skan-eateles his whole life and was a solid member of the community. His love for the town and respect for the people who work there was reflected in his frequent acts of kindness, whether it was T- shirts for the recent Genesee Street bridge refurbishment crew or just a word of thanks for the regular lunchtime crowd who would stop by his tavern for a break in the day. His generosity knew no boundaries. He will be missed by all. A celebration of Burt's life will be held for family and friends at Morris' Grill, which will follow calling hours from 4 to 7 p.m.