F, b. 8 January 1834
Armina was born on 8 January 1834 at Miami County, Ohio. She was the daughter of Hamilton Megonigle and Mary Barklay Roop. Armina died.

F, b. 11 April 1839
Louisa was born on 11 April 1839 at Miami County, Ohio. She was the daughter of Hamilton Megonigle and Mary Barklay Roop. Louisa died.

M
Fred was born. He married Michele Kathleen Lyon before 15 May 1968. 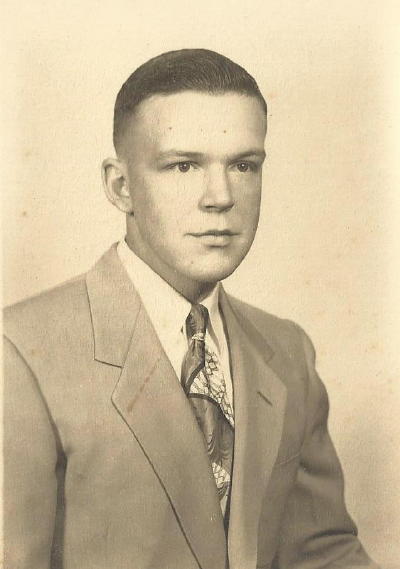 RENIBECK - A 21 year old Reinbeck youth, Louis G. Hulme, was killed and his two companions seriously injured Friday night when their car went out of control left Highway 58 near Reinbeck.

The victim was pinned in the car for about 45 minutes along with his companions before they could be freed. When rescuers did get to the three, they found Hulme was dead.

Injured in the mishap were 20 year old Robert Bratten, of Reinbeck and 18 year old Dale Folkerts, of Morrison. Both were hospitalized at Grundy Center.

Bratten received a broken leg, head injuries and multiple lacerations. He was listed in "critical" condition.

Authorities said the boys must have been traveling at a high rate of speed when their car passed a curve, plowed into an embankment and hit a farm driveway culvert.

The accident happened about 10:45pm about one half mile west of Reinbeck. The car was registered to the parents of Bratten. However, it was not known who was driving at the time.

Hulme, an employe of the Rath Packing Company in Waterloo, was born 26 March 1935 near Lincoln, the son of Mr. and Mrs. Wilmer Hulme. He was a 1953 graduate of Reinbeck high school.

Surviving are his parents, a sister, Gleva 18, and a brother, Willard, 13, and his maternial grandparents Mr. and Mrs. Julius Staker, of Lincoln.

Services will be at 2pm Monday at the Union Congregational church with burial at the Reinbeck cemetery. The body is at the French funeral home.
Louis was born in 1935 at Grant Township, Tama County, Iowa. He was the son of Wilmer Hulme and Dala Staker. Louis died on 28 December 1956 at Reinbeck, Grundy County, Iowa.